Go to Hoi An, tourist should not miss highlights

Hoi An was declared a world heritage site by UNESCO in 1999 for being a well-preserved example of a Southeast Asian trading port from the 15th to 19th centuries, and for housing buildings which ingeniously fuse local and foreign influences.

Since then, the culturally rich place has been voted one of the top tourist destinations in the world by several major tourism magazines.

Tuoi Tre News suggests several ways for tourists to indulge themselves in what the retreat has to offer.

Formed around the 17th century, Hoi An Ancient Town is home to many alleys, most of which face its signature Hoai River and retain their tranquility.

The alleys, which boast weather-beaten, mossy walls, are ideal for tourists to take a leisure stroll.

Travelers can also rent a bike and ride it to pagodas and time-honored houses within the town, the city’s famous Cua Dai Beach, Tra Que vegetable village, which is some three kilometers from Hoi An Ancient Town, and the 500-year-old Thanh Ha pottery village.

When dusk settles in, the paths leading to the old town sparkle with a myriad of richly-colored lanterns, particularly during the first lunar month, which spans from Tet (Lunar New Year) in mid-February to later this month.

Since last month, the provincial People’s Committee has increased the frequency of the “Dem Pho Co” (Ancient Town Night) program from once to twice a lunar month to cater to burgeoning tourist demand.
The program, held on the first and 14th days of each lunar month, offers tourists a wide array of alluring activities, including dining in cuisine sections, setting free lit flower lanterns on the town’s Hoai River, and strolling through a night market.

Introduced in 1998, over 200 nights of the “Dem Pho Co” program have been organized and appealed to a large number of local and international tourists.

In the daytime or during moon-lit nights, tourists are also treated to a folk game and traditional form of art called “bai choi.”

The games are generally held on outdoor stages along the Hoai River in the dim light of the lanterns, or at the Bach Dang T-junction.

Tourists, many of whom are foreigners, are welcome to take part in the games, which are hosted by boisterous artisans.

Teams of guides with good command of English have also been deployed to help foreign tourists grasp the games, rules, and meanings of the “bai choi” songs.

Other folk games such as chess and martial arts performances are also a major draw on certain local streets and at Kazik Park.

Many tourists also find 30-minute boat rides on the Hoai River at any time during the day a special experience.

The rides offer both gorgeous views of landscapes and compelling stories told by boatmen or fellow riders.

Hoi An Eco Tour, a local firm offering scores of ecotourism tours, recently launched a program which allows tourists to ride in basket boats to a section of the Thu Bon River flowing through Hoi An City and grow water coconut trees themselves.

Tourists, particularly foreigners, show ample interest in the tours, which allow them to both become one with nature and help protect the environment.

Several said they will return to the site some years later to see the trees which they grow.
The water coconut forests, which cover an area of almost 80 hectares, are a rich ecological asset and livelihood to natives in Hoi An City’s Cam Thanh Ward.

However, the forests have shrunk considerably in recent years due to human production activity and pollution.

The Cham Islands are a group of eight small islands off Quang Nam Province, which form part of the Cu Lao Cham Marine Park administered by Hoi An City.

The park was recognized as a World Biosphere Reserve by UNESCO in 2009.

Dinh Thi Thu Thuy, head of the Hoi An City Office of Trade and Tourism, which is the organizer, said the program is designed to re-enact the lifestyle and fishing practices of fishermen on the islands.

The program will be organized every Saturday night by locals themselves. Highlights include demonstrations of weaving fishing nets and hammocks, making traditional cakes and handicrafts from shells, joining folk games, and market sessions which offer a wide variety of local produce and specialties.
Participants cannot miss a cuisine section, music performances, and re-creations of local legends. 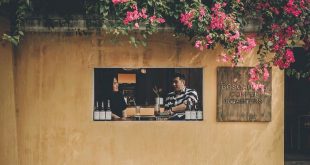 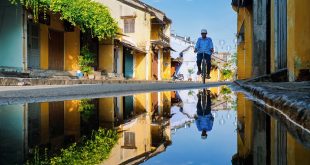 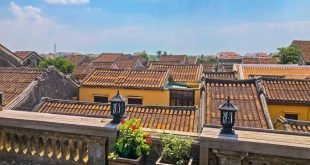 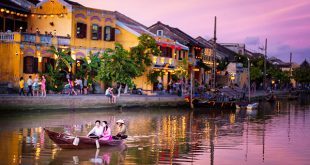